Very few ethnoveterinary surveys have been conducted in central Europe. However, traditional knowledge on the use of medicinal plants might be an option for future concepts in treatment of livestock diseases. Therefore the aim of this study was to document and analyse the traditional knowledge and use of homemade herbal remedies for livestock by farmers in four north-eastern Swiss cantons (St. Gallen, Thurgau, Appenzell Innerrhoden and Appenzell Ausserrhoden).

Research was conducted in 2012. Fifty farmers on 38 farms were interviewed with the aid of semistructured interviews. Detailed information about the plants used, and their mode of preparation, were documented for each homemade remedy, as well as dosage, route of administration, category of use, origin of knowledge, frequency of use, and satisfaction with the outcome of the treatment with these remedies.

In total, 490 homemade remedies were collected. Out of these, 315 homemade remedies contained only one plant species (homemade single species herbal remedies, HSHR), which are presented in this paper. Seventy six different plant species from 44 botanical families were mentioned. The most frequent HSHR were quoted for the families of Asteraceae, Polygonaceae and Urticaceae. The plant species with the highest number of HSHRs were Matricaria recutita L., Calendula officinalis L., Rumex obtusifolius L. and Urtica dioica L. For each formulation, one to eight different applications were enumerated. A total of 428 applications were documented, the majority of which were used to treat cattle. The main applications were in treatment of skin afflictions and sores, followed by gastrointestinal disorders and metabolic dysfunctions. Topical administration was most frequently used, followed by oral administration of remedies. In nearly half of the cases the knowledge on preparing and using herbal remedies was from forefathers and relatives. More than one third of the applications were used by farmers more than ten times during the last five years, and in about sixty percent of the cases, the last application was during the last twelve months preceding the interviews.

Traditional knowledge of farmers about the use of medicinal plants to treat livestock exists in north-eastern Switzerland. Homemade herbal remedies based on this knowledge are being used. In general, the interviewed farmers were satisfied with the outcome of the applications.
Posted by Cheryl & ethnovet at 09:20

Rutgers University Press has published a new book by Benedetta Faedi
Duramy (Golden Gate).  Here is the publisher’s description of Gender and Violence in Haiti: Women’s Path from Victims to Agents:

Women in Haiti are frequent victims of
sexual violence and armed assault. Yet an astonishing proportion of
these victims also act as perpetrators of violent crime, often as part
of armed groups. Award-winning legal scholar Benedetta Faedi Duramy
visited Haiti to discover what causes these women to act in such
destructive ways and what might be done to stop this tragic cycle of
violence.
Gender and Violence in Haiti is
the product of more than a year of extensive firsthand observations and
interviews with the women who have been caught up in the widespread
violence plaguing Haiti. Drawing from the experiences of a diverse group
of Haitian women, Faedi Duramy finds that both the victims and
perpetrators of violence share a common sense of anger and desperation.
Untangling the many factors that cause these women to commit violence,
from self-defense to revenge, she identifies concrete measures that can
lead them to feel vindicated and protected by their communities.
Faedi Duramy vividly conveys the horrifying conditions pervading Haiti, even before the 2010 earthquake. But Gender and Violence in Haiti
also carries a message of hope—and shows what local authorities and
international relief agencies can do to help the women of Haiti.
Traditional print and e-book editions are available.

Deadline for submitting abstracts: June 1, 2014
Vermont Law School will host the Fifth Annual Colloquium on Environmental Scholarship on October 4, 2014.
This event offers environmental law scholars the opportunity to present
their works-in-progress, get feedback from their colleagues, and meet
and interact with those who are also teaching and researching in the
areas of environmental and natural resources law and related specialty
areas.
If you are interested in presenting a paper at the Colloquium, please submit a working title and short abstract, using the online form here, no later than June 1, 2014.
For an abstract to be eligible for submission, the author must
anticipate that the paper will still be at a revisable stage (neither
published nor so close to publication that significant changes are not
feasible) by the date of the Colloquium. We will do our best to include
all interested presenters, and will notify authors about acceptances no
later than July 1, 2014.


All selected participants must submit a draft paper no later than September 20,
2014, and all participants will be asked to provide commentary on
another participant’s paper draft at the Colloquium. Final papers will
also be eligible for publication in the Vermont Journal of Environmental
Law.

Only fair to say that I seem to have found an antivirus that works on my computer. Imagine it can update while I am doing other things without crashing the computer - minor miracle.

After 25 years of innovation, still the most trusted antivirus in the world

If you haven’t heard of AVAST, we’re only the most trusted name in antivirus, actively protecting more than 200 million PCs, Macs and Androids. So many people trust us because we’ve been protecting devices and data for 25 years, in over 40 languages (more than any other antivirus solution), on every populated continent in the world.


Kitty Cams provide a creative solution to answer widespread and controversial questions about the interactions and behaviors of cats in the environment.
Through the use of Kitty Cams, our research team measured cat predation on wildlife and quantified common factors threatening the health of owned free-roaming cats (for example: vehicles and exposure to infectious disease).
Images are much more powerful than words and our photos and videos may become an instant educational tool to help inform the general public about the welfare of their cat.

Kevin Drum took a cat photo he likens to Vermeer. Here is my version. 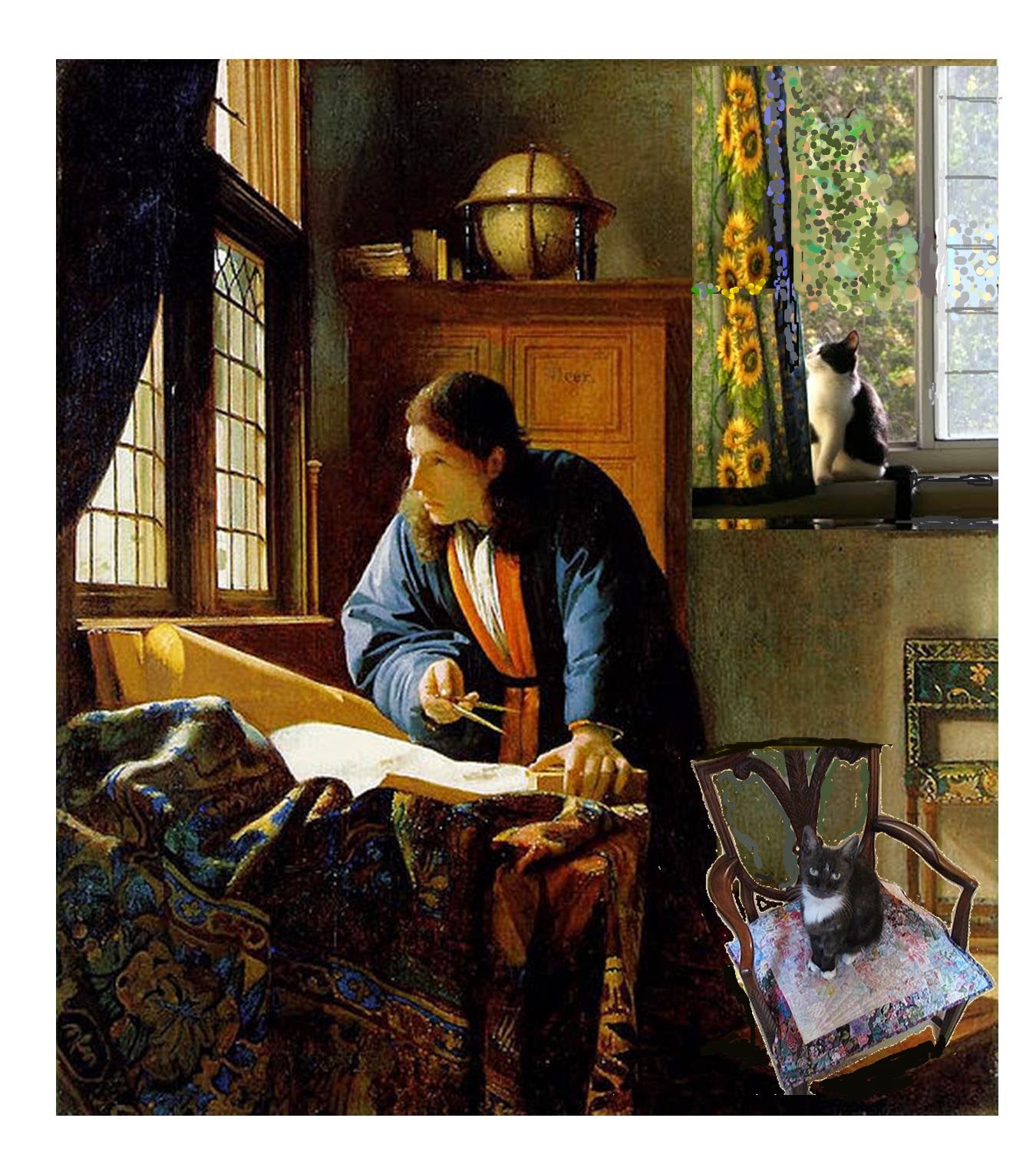 ‘Animals Are Persons Too’


How does a thing become a person? In December 2013, the lawyer Steven Wise showed the world how, with a little legal jujitsu, an animal can transition from a thing without rights to a person with legal protections. This Op-Doc video follows Mr. Wise on his path to filing the first-ever lawsuits in the United States demanding limited “personhood” rights for certain animals, on behalf of four captive chimpanzees in New York State.
Posted by Cheryl & ethnovet at 15:48

Dictionary of the English/Creole of Trinidad & Tobago ...

www.mqup.ca/dictionary-of-the-english-creole-of-trinidad---tobago-pro...‎
Using the historical principles of the Oxford English Dictionary, Lise Winer presents the first scholarly dictionary of this unique language. The dictionary ...
All you Belmont people too miserable but I will do for you – walk on!” (Bynoe 1985:54) ...
Posted by Cheryl & ethnovet at 07:21

I could not get my Windows Defender to run a full scan so I knew that something was wrong. I replaced it with a free trial of Sophos which found something called NewNext which is malware disguised as adware apparently. The problem with Sophos is that it is set to update hourly and I cannot change the frequency.  So it makes my computer which is old but with a new HDD crash all of the time. Precious hours are going down the drain and the location of the computer - Caribbean versus Canada, makes no difference.
Posted by Cheryl & ethnovet at 04:28

I tried an alcoholic extract of big-leaf thyme on the ears of my firend's dog (Plectranthus amboinicus). He did not bite me and it did not do any harm. He did not get any insects in his ears either. My friend said that the alcohol was an irritant but I was following the literature and she did not tell me before I extracted it.
Posted by Cheryl & ethnovet at 03:41

For years I have been sending perfectly good emails to friends and relatives, but occasionally cover letters will be sent with sections of large bold fonts that I did not include in the original. I don't understand how that could happen. I just changed the settings on my emails so hopefully that will fix the problem. I hope I remember to never send another cover letter without sending a test copy to myself first.
Happy Easter.
Posted by Cheryl & ethnovet at 17:15