MEDIA RELEASE
October 21, 2014
Ottawa – Sierra Club Canada Foundation is calling on Ontario Agriculture Minister Jeff Leal to immediately ban the use of neonicotinoid pesticides on soybeans in light of an Environmental Protection Agency (EPA) study that concludes the bee killing pesticides provide little or no benefit to soybean growers.


“EPA concludes that these seed treatments provide little or no overall benefits to soybean production in most situations. Published data indicate that in most cases there is no difference in soybean yield when soybean seed was treated with neonicotinoids versus not receiving any insect control treatment.” (1)

The Ontario government has committed to limiting the use of bee killing neonicotinoid pesticides through a licensing program to begin in the spring of 2016, meaning neonicotinoids will be used on all soybean and corn crops for one more year. 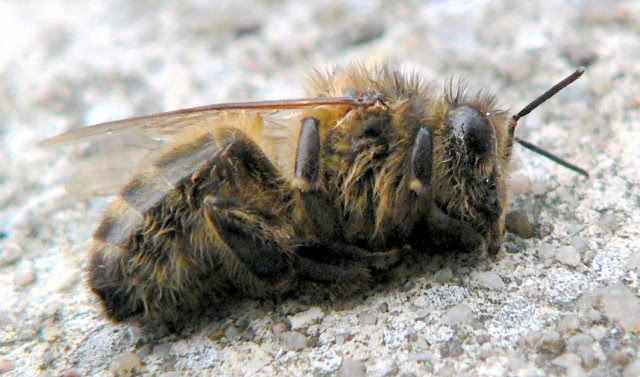 “This information radically changes the situation. The government no longer needs to weigh the interests of the environment against the interests of the soybean producers. Our interests are the same -- a clean safe environment,” said John Bennett, National Program Director.
Governments have been hesitant to remove bee killing pesticides from the market because of claims by Bayer and Syngenta echoed by farmers that taking them away would cost famers billions of dollars.
“If neonicotinoids don’t benefit soybean farmers there is no reason to wait 17 months before taking action,” said Mr. Bennett.