Understanding and confronting snakebite envenoming: The harvest of cooperation

Under a Creative Commons license

•
The contributions of Instituto Clodomiro Picado to Toxinology are discussed.
•
The pathogenesis of tissue damage induced by snake venoms is presented.
•
The development of antivenoms for various regions of the world is described.
•
Cooperative international networks in Toxinology are presented.

During 45 years, the Instituto Clodomiro Picado (ICP, University of Costa Rica) has developed an ambitious scientific, technological, productive, and social program aimed at providing a better understanding of snakes and their venoms, contributing to the development, production and distribution of antivenoms, improving the prevention and management of snakebite envenomings, and strengthening human resources in science and technology. Among other topics, its research agenda has focused on the local tissue alterations induced by viperid snake venoms, i.e. myonecrosis, hemorrhage, dermonecrosis, extracellular matrix degradation, lymphatic vessel damage, and inflammation. In addition, the preclinical efficacy of antivenoms has been thoroughly investigated, together with the technological development of novel antivenoms. ICP's project has been based on a philosophical frame characterized by: (a) An integrated approach for confronting the problem of snakebites, involving research, production, extension activities, and teaching; (b) a cooperative and team work perspective in the pursuit of scientific, technological, productive, and social goals; (c) a search for excellence and continuous improvement in the quality of its activities; and (d) a vision of solidarity and compassion, based on the realization that snakebite envenomings mostly affect impoverished vulnerable populations in the rural settings of developing countries. A key aspect in this program has been the consolidation of international partnerships with groups of all continents, within a frame of academic and social cooperation, some of which are described in this review. 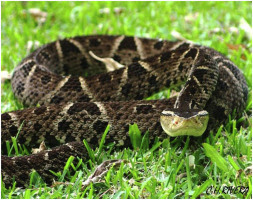