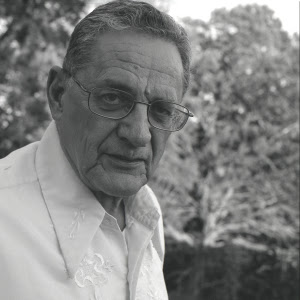 Aztec traditional medicine expert Bernard Ortiz de Montellano, PhD, died on December 2, 2016, in Austin, Texas, after a short battle with liver cancer. Ortiz de Montellano combined a lifelong interest in Mesoamerican culture with rigorous education in chemistry and anthropology to impart knowledge of Aztec society and accomplishments to his students.
Born in Mexico City on August 31, 1938, Ortiz de Montellano came to the United States from Mexico to pursue his college education at the University of Texas – Austin, and earned his doctoral degree in organic chemistry in 1965. His research focused on the health and nutrition practices of the Aztec people of central Mexico. He taught at St. Mary’s University in San Antonio, Texas, and the University of Utah in Salt Lake City before he transferred to Wayne State University in Detroit, Michigan, in 1976. He taught at Wayne State until his retirement in 1998. After retiring to Austin, Ortiz de Montellano continued to mentor, teach, and lecture.
Michael Heinrich, PhD, a pharmacognosist at University College London, was mentored by Ortiz de Montellano in the early years of his career, and remembered him as “keen to debunk pseudoscience and unsubstantiated scientific claims” about the history of pre-colonial American societies (email to M. Blumenthal, February 2, 2017). “He was an enthusiastic scholar of all aspects of Mexican and, most importantly, Aztec life, who brought together a tremendous expertise in chemistry and Mesoamerican studies,” Heinrich wrote. “I want to remember his keen interest in ascertaining that all research is evidence-based and founded in a careful factual assessment of the primary data.”
Ortiz de Montellano published more than 40 articles and several books, including Aztec Medicine, Health, and Nutrition(Rutgers University Press, 1990). His paper “Empirical Aztec  Medicine,” published in 1975, was an assessment of the effectiveness of Aztec medicinal plants.1 Ortiz de Montellano drew from 16th-century codices compiled by Spanish missionaries, and separated the more widely studied relationship between spirituality and health from the use of medicinal plants prescribed by Aztec physicians. Botanicals listed in the codices included avocado (Persea americana, Lauraceae), cacao (Theobroma cacao, Malvaceae), and papaya (Carica papaya, Caricaceae), all of which, he concluded, would have produced effective results according to their recorded uses in the codices. The codices translated by Ortiz de Montellano described a society with a strong practice of herbal medicine and use of plants for health and wellness.
He also studied the grislier aspects of Aztec culture. His paper “Counting Skulls” countered the prevailing theory of Aztec cannibalism as ecological necessity.2 “While it is well known that such practices exist,” wrote Heinrich, “they must be understood in the cultural context.” Ortiz de Montellano proceeded to re-create that historical context through the examination of archaeological evidence and his own independent research. Perhaps inevitably, this morbid line of questioning, such as his calculations of the total amount of human flesh obtained through sacrifice and the relative share of protein in a human body, raised a few eyebrows. “It did take a long time,” Heinrich recalled, “to convince the [Detroit] coroner.” However, Ortiz de Montellano eventually concluded that “the Aztec diet was adequate in protein and cannibalism would not have contributed greatly.”2
Eloy Rodriguez, PhD, professor and research scientist at Cornell University, called Ortiz de Montellano a “great friend, mentor, and scholar, dedicated to social justice” (email, April 11, 2017). “His two major publications on the Aztecs and phytomedicine provided brilliant insights into culture, plant chemotaxonomy, organic chemistry, disease treatments, and pharmacology. Bernard was also a superb teacher, fluent in Nahuatl, language of the Aztecs or Mexicas, and in Spanish.”
Ortiz de Montellano’s great passion in life came from educating the next generation of young learners. Eager for young Chicano and Native American students to succeed in science and technology, he helped co-found the Society for Advancement of Chicanos/Hispanics and Native Americans in Science (SACNAS). Through SACNAS, he taught workshops to K-12 students and served as a mentor. He was also a fierce advocate for civil rights, particularly prison reform in Texas. He remained politically active throughout his career and well into his retirement, volunteering at the Volunteer Health Clinic in Austin and teaching continuing education courses on anthropology and the cultures of ancient Mexico at the University of Texas.
“Bernard was a great transdisciplinary scientist, whose ideas were well ahead of what people thought and researched at the time,” wrote Heinrich. “He was a proud Chicano — both Mexican and US-American.” Ortiz de Montellano is survived by his wife Ana Mercedes; his two sons Bernardo and Victor; four grandchildren; and his brother Paul. He was preceded in death by his parents Bernardo and Thelma and his sister Ana Luisa. A memorial celebrating his life was held in Austin in January 2017.