Boy-Eye View of the Artic by Kennett Longley Rawson 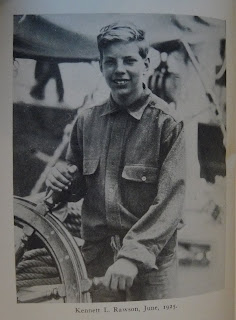 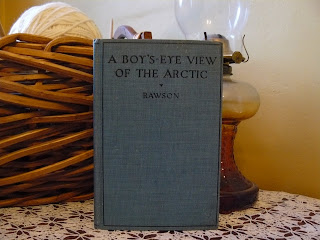 Boys-Eye View of the Arctic by Kennett Longley Rawson with introduction by Commander Donald B MacMillan published by The Macmillan Company, New York, 1925. Illustrated with black and white photos.

Mr. Rawson was born in Chicago. As a teen-ager, he was a member of four expeditions to the Arctic during the 1920's led by Commodore Donald B. Macmillan. At 15 he wrote an account of one expedition, "A Boy's Eye View of the Arctic," which was published by Macmillan. After graduating from Yale in 1933, Mr. Rawson was the navigator on the second expedition of Adm. Richard E. Byrd.
Upon his return in 1935, Mr. Rawson joined the publishing firm of G. P. Putnam's Sons to work on Admiral Byrd's book, "Alone," and rose to become vice president and editor in chief. The authors he edited included Winston Churchill and the Duke of Windsor.
During World War II, Mr. Rawson served as a lieutenant commander in the Navy in the Pacific.
Posted by Cheryl & ethnovet at 13:25