Posted: 18th April 2015 by The Hatching Cat in Uncategorized 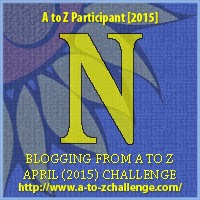 In 1895, 71-year-old Christopher Fagan was alone in the world. All his family and friends had died and he really had no place to call home. 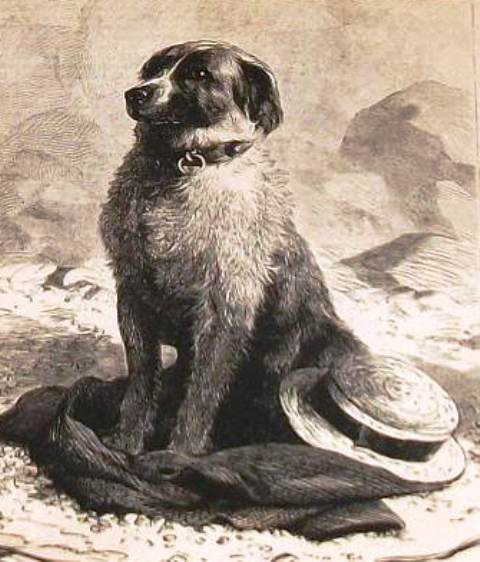 So he decided to build a little house along St. Nicholas Terrace somewhere around West 128th Street, right on the grounds of the Academy and Convent of the Sacred Heart. He constructed the shelter using tin sheets and various odds and ends, but everything was carefully soldered together so the shanty kept him fairly warm and dry. Inside, it was neat and clean, and he had plenty of wood fuel for the winter.
Christopher Fagan also had a large Newfoundland named Spruce to keep him company. 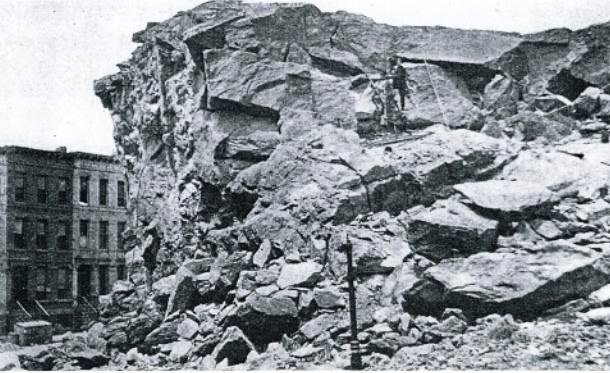 The rocky outcropping upon which Christopher Fagan made his home was no doubt part of “Point of Rocks,” which is today near West 128th Street on the upper path at the southeast corner of St. Nicholas Park. It was here that General George Washington positioned himself during the battle of Harlem Heights in 1776.
The kindhearted sisters of the Convent of the Sacred Heart allowed the elderly man to squat on their land, and even provided food for Christopher and Spruce. In return, Chris did odd jobs for the nuns when he wasn’t foraging for wood fuel.
For nine years, he and Spruce led a very simple life in their makeshift home, just a few miles away from the hustle and bustle of downtown Manhattan.
The Academy of the Sacred Heart
Founded in May 1841 by the Society of the Sacred Heart – a Catholic order of nuns — the Academy of the Sacred Heart was a boarding school and day school for girls originally located in a three-story house at 412 Houston Street. Under the charge of Mother Yelizaveta Alexeyevich Golitsyna (aka, Elizabeth Gallitzin), the academy quickly outgrew this building. In 1845, a year after Mother Gallitzin’s death, the school moved to Astoria, Queens. 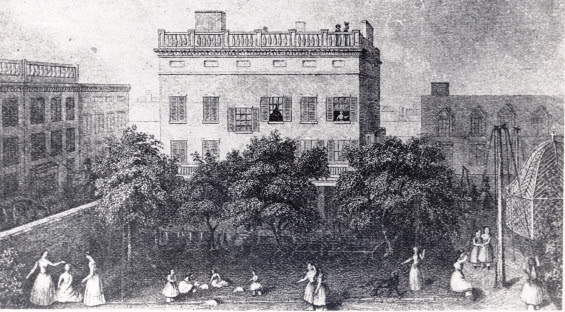 The academy quickly outgrew the home on Houston Street, which did not provide enough room for boarders.
On February 17, 1847, Mother Superior Mary Ann Aloysia Hardey finalized a deal to purchase about 62 acres from the estate of tobacco magnate Jacob Lorillard for $50,000. The estate was located just north of West 128th Street in the village of Manhattanville, high on a rocky outcropping with a view of the Harlem and Hudson rivers to the east and west.
As the story goes, the heirs of Jacob Lorillard had put the property up for sale, but at the last minute his widow, Anna Margaretta Kunze, decided she did not want to sell it to the Catholic Church. Mother Hardey ordered all the nuns and pupils to make a novena by repeating the Stations of the Cross for nine days.
Some might call it a miracle, others a fluke, but on the ninth day, Anna Margaretta died, allowing the sale to go through. (As Bishop John Hughes said, “Beware of opposing Mother Hardey, because she will kill you with her novenas.”) The price was even reduced by $20,000 and an extra twelve acres were tossed into the deal. 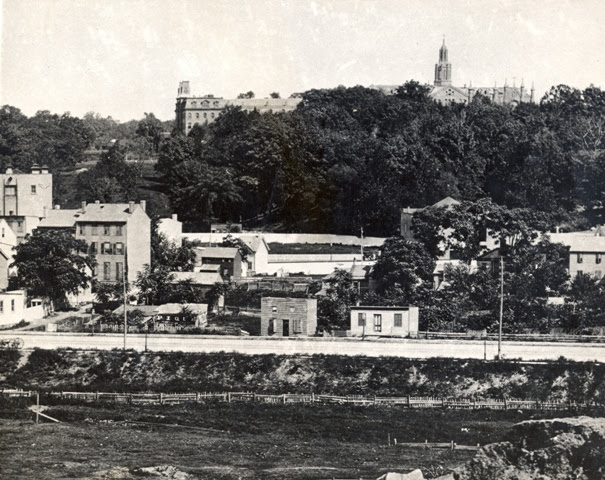 In this 1860 photo of Manhattanville, you can see some of the Convent of the Sacred Heart buildings beyond the trees in the background and some shanties and rock outcroppings in the foreground.
Over the years, many girls from well-known families graduated from the Academy of the Sacred Heart in New York, including Rose Fitzgerald (later, Mrs. Joseph Kennedy Sr.), Martha and Lilly Washington (George’s grand-nieces), and Jeanette Bell, the daughter of James Gordon Bennett. 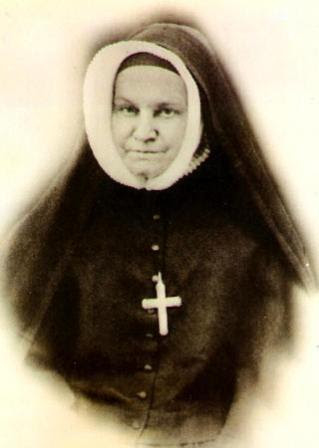 Mary Aloysia Hardey was a central figure in the expansion of the Society of the Sacred Heart in North America. During her 27 years as Superior, she established 16 houses of the Sacred Heart from Canada to Cuba and throughout the eastern United States. She died in Paris on June 17, 1886, and is buried in Albany, NY.
The Great Fire of 1888
“Tongues of flame leaped up a hundred feet above the doomed buildings, and cast their bright reflections on the Harlem on the north and east.” New York Times, August 15, 1888

On August 13, 1888, at about 8 p.m., flames were spotted on the roof near the cupola of the main convent building. The old building and chapel had been undergoing renovations, and it was thought that one of the tinners who was working on the roof did not extinguish a stove in the attic.
At the time, about 50 students were saying night prayers in the large class hall. There were also about 140 nuns in residence. Everyone escaped without injury; the girls were all escorted to the cottages on Convent Hill and the nuns moved into a large study hall set aside for them at nearby Manhattan College. 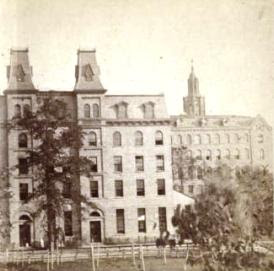 By the late 1880s, the campus of the Convent of the Sacred Heart included the original building from the old Lorillard estate, a chapel and infirmary wing to the east, a large class hall to the north, a four-story music hall, several cottages, and a mansard-roofed parochial school for neighborhood children, shown here.
As they waited for the fire engines to arrive, four men who worked at the academy tried to put out the flames with a hose. Realizing their efforts to extinguish the fast-moving fire was hopeless, they turned their attention to saving valuable paintings, statues, and relics from the convent and the chapel. As the flames rapidly spread from one building to another, the men threw out whatever linen and furniture they could toss from windows.
Although numerous fire engines responded, the closest fire hydrant was 2,000 feet away, so there was very little water force by the time the hose streams reached the fire. No fuel trucks arrived with extra coal, so the firemen had to break down fences to use as fuel for the steam engines. 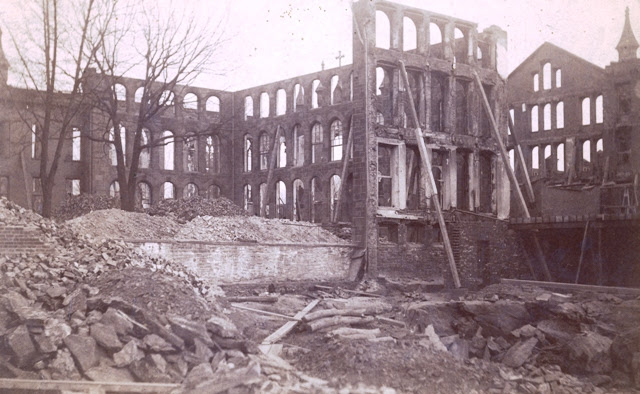 All that was left of the Academy of the Sacred Heart were ruins following the fire in 1888.
Following the fire, classes were moved into cottages on the campus. An elaborate pavilion designed by William Schickel and built in 1879 on the estate of newspaper publisher Oswald Ottendorfer as a garden tea house served as a temporary place of worship for the nuns.
One year later, a new academy, also designed by William Schickel, rose up on the foundations of the former buildings. The school was renamed Manhattanville College of the Sacred Heart in 1937 and then shortened to Manhattanville College in 1966. 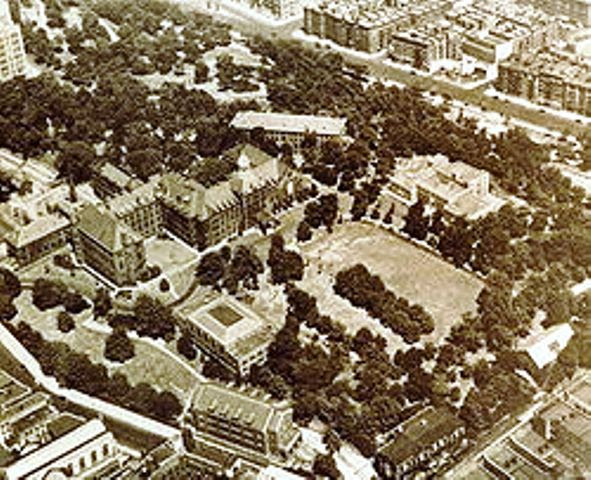 This aerial view of Manhattanville College of the Sacred Heart was taken some time before 1952. The former academy buildings were vacated in 1952 when the college was moved to Purchase, New York. Only a few of the original structures remain standing on what is now part of the southern campus of the City College of New York.
Christopher and Spruce Get the Boot
About two weeks before Christmas 1904, the sisters told Christopher that they were planning on expanding the campus, and that he would have to leave. He didn’t believe this was possible, so he continued living in the shack with Spruce. One week later, an officer from the Charity Organization Society came to take him away. Christopher and Spruce were sitting in front of a bright fire at the time.
Christopher was terribly upset, but not about losing the only home he knew. He was worried about what would happen to his faithful four-footed friend. 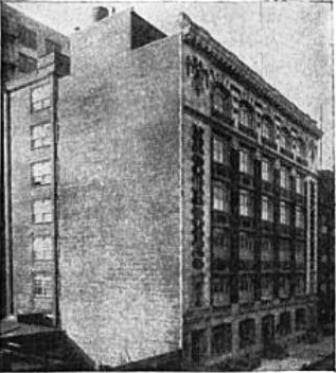 The Municipal Lodging House at First Avenue and 23rd Street opened December 2, 1896, with a bed capacity for 317 male lodgers. A newer building, shown here, was constructed in 1909 to accommodate about 1,000 homeless men and women in six sleeping rooms (one room was set aside for women and children). It featured white enamel beds, shower baths, a dining room, and a laundry.
On December 18, Christopher appeared before Magistrate Hogan in Harlem Court, and was committed to the Charity Organization Society. The society sent him to the Municipal Lodging House at 398 First Avenue, where he would stay until better provisions could be found for him.
Spruce, now 16 years old and too weak to follow his master when he was taken away, stayed behind.

Josephine Shaw Lowell, one of the founders of the Charity Organization Society, was a social reformer who led many movements in the city, including the separation of charities and corrections, creation of state asylums for women and girls, the abolition of police lodgings in New York, the establishment of municipal lodging-houses for men, and placing matrons in all police stations.
Christopher, now 80 years old, was inconsolable without his dog. A few days later, he found out that the sisters had heard Spruce wailing in the cold shanty during a storm. They brought him into the convent and fed him, and gave him a warm place to sleep in the cellar.
Fagan was glad to hear that Spruce was being cared for, but he begged for his dog to be returned to him as soon as the Society found him a new home. He said he and his dog would soon die unless they were reunited.
I’m sorry to say that I do not know how this story ended, but hopefully man and dog were allowed to spend their final years together. 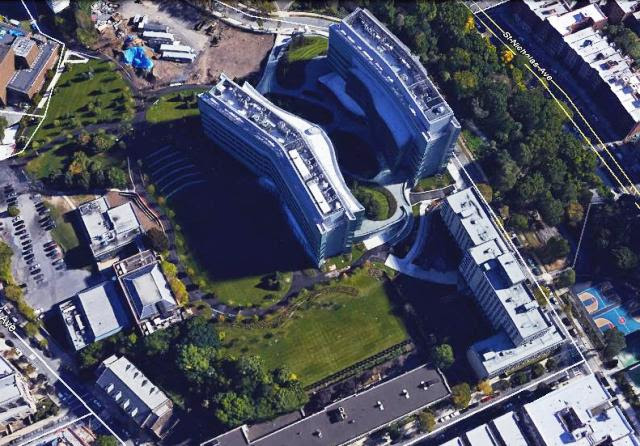 When you compare this recent aerial view of the CUNY southern campus with that of the former Manhattanville College of the Sacred Heart, you’ll see that some of the buildings are the same, including the Convent Garden Apartments on West 130th Street (bottom right) and a few of the buildings on Convent Avenue (left).
Posted by Cheryl & ethnovet at 05:26