HIS SPEECH AT THE BANQUET IN HIS HONOR.
AN EXPLANATION HOW HE CAME TO BE IN AN OSTENSIBLY FOREIGN LAND - LOOKING FORWARD TO THE GOOD TIMES COMING WHEN LITERARY PROPERTY WILL BE AS SACRED AT WHISKY.

There was a very pleasant gathering of gentlemen at the banquet given Mr. Samuel L. Clemens (Mark Twain) at the Windsor Hotel, in Montreal, on Thursday evening. The Gazette says of it: "The assembly was essentially a gathering of the devoted admirers of a great genius, who sought in a peculiarly English way to evince their appreciation of his literary peerage. The gathering was thoroughly representative of the intellectual and commercial greatness of Canada." The chair was occupied by the Hon. Lucius Seth Huntington, who was supported on the right by the guest of the evening and Louis Frechette, and on he left by Consul-General Smith, the Rev. J. F. Stevenson, and Mr. T. White, member of Parliament. After the toasts to the Queen and the President, the latter being responded to by the Consul-General Smith, and a poem in French, composed and read by Mr. Frechette, the Poet Laureate of Canada, the toast in honor of the guest of the evening was presented and was responded to by him as follows:
"That a banquet should be given to me in this ostensibly foreign land and in this great city, and that my ears should be greeted by such complimentary words from such distinguished lips, are eminent surprises to me; and I will not conceal the fact that they are also deeply gratifying. I thank you, one and all, gentlemen, for these marks of favor and friendliness; and even if I have not really or sufficiently deserved them, I assure you that I do not any the less keenly enjoy and esteem them on that account. When a stranger appears abruptly in a country, without any apparent business there, and at an unusual season of the year, the judicious thing for him to do is to explain. This seems peculiarly necessary in my case, on account of a series of unfortunate happenings here, which followed my arrival, and which I suppose the public have felt compelled to connect with that circumstance. I would most gladly explain if I could; but I have nothing for my defense but my bare word; so I simply declare, in all sincerity, and with my hand on my heart, that I never heard of that diamond robbery till I saw it in the morning paper; and I can say with perfect truth that I never saw that box of dynamite till the Police came to inquire of me if I had any more of it. These are mere assertions, I grant you, but they come from the lips of one who was never known to utter an untruth, except for practice, and who certainly would not so stultify the traditions of an upright life as to utter one now, in a strange land, and in such a presence as this, when there is nothing to be gained by it and he does not need any practice. I brought with me to this city a friend - a Boston publisher - but, alas, even this does not sufficiently explain these sinister mysteries; if I had brought a Toronto publisher along the case would have been different. But no, possibly not; the burglar took the diamond studs, but left the shirt; only a reformed Toronto publisher would have left that shirt. To continue my explanation, I did not come to Canada to commit crime - this time - but to prevent it. I came here to place myself under the protection of the Canadian law and secure a copyright. I have complied with the requirements of the law; I have followed the instructions of some of the best legal minds in the city, including my own, and so my errand is accomplished, at least so far as any exertions of mine can aid that accomplishment. This is rather a cumbersome way to fence and fortify one's property against the literary buccaneer it is true; still, if it is effective, it is a great advance upon past conditions and one to be correspondingly welcomed. It makes one hope and believe that a day will come when, in the eye of the law, literary property will be as sacred as whiskey, or any other of the necessaries of life. In this age of ours, if you steal another man's label to advertise your own brand of whiskey with, you will he heavily fined and otherwise punished for violating that trademark; if you steal the whiskey without the trademark, you go to jail; but if you could prove that the whiskey was literature, you can steal them both, and the law wouldn't say a word. It grieves me to think how far more profound and reverent a respect the law would have for literature if a body could only get drunk on it. Still the world moves; the interests of literature upon our continent are improving; let us be content and wait
"We have with us here a fellow craftsman, born on our own side of the Atlantic, who has created an epoch in this continent's literary history - an author who has earned and worthily earned and received the vast distinction of being crowned by the Academy of France. This is honor and achievement enough for the cause and the craft for one decade, assuredly.

"If one may have the privilege of throwing in a personal impression or two, I may remark that my stay in Montreal and Quebec has been exceedingly pleasant, but the weather has been a good deal of a disappointment. Canada has a reputation for magnificent Winter weather, and has a prophet who is bound by every sentiment of honor and duty to furnish it; but the result this time has been a mess of characterless weather, which all right-feeling Canadians are probably ashamed of. Still, only the country is to blame; nobody has a right to blame the prophet, for this wasn't the kind of weather he promised. Well, never mind, what you lack in weather you make up in the means of grace. This is the first time I was ever in a city where you couldn't throw a brick without breaking a church window. Yet I was told that you were going to build one more. I said the scheme is good, but where are you going to find room? They said, we will build it on top of another church and use an elevator. This shows that the gift of lying is not yet dead in the land. I suppose one must come in the summer to get the advantages of the Canadian scenery. A cabman drove me two miles up a perpendicular hill in a sleigh and showed me an admirable snowstorm from the heights of Quebec. The man was an ass; I could have seen the snowstorm as well from the hotel window and saved my money. Still, I may have been the ass myself; there is no telling; the thing is all mixed in my mind; but anyway there was an ass in the party; and I do suppose that wherever a mercenary cabman and a gifted literary character are gathered together. for business, there is bound to be an ass in the combination somewhere. It has always been so in my experience; and I have usually been elected, too. But it is no matter; I would rather be an ass than a cabman, any time, except in Summer time; then, with my advantages, I could be both.
"I saw the Plains of Abraham, and the spot where the lamented Wolfe stood when he made the memorable remark that he would rather be the author of Cray's 'Elegy' than take Quebec. But why did he say so rash a thing? It was because he supposed there was going to be international copyright. Otherwise there would be no money in it. I was also shown the spot where Sir William Phipps stood when he said he would rather take a walk than take two Quebecs. And he took the walk. I have looked with emotion, here in your city, upon the monument which makes forever memorable the spot where Horatio Nelson did not stand when he fell. I have seen the cab which Champlain employed when he arrived overland at Quebec; I have seen the horse which Jacques Cartier rode when he discovered Montreal. I have used them both; I will never do it again. Yes, I have seen all the historical places; the localities have been pointed out to me where the scenery is warehoused for the season. My sojourn has been to my moral and intellectual profit; I have behaved with propriety and discretion; I have meddled nowhere but in the election. But I am used to voting, for I live in a town where, if you may judge by local prints, there are only two conspicuous industries - committing burglaries and holding elections - and I like to keep my hand in, so I voted a good deal here.

"Where so many of the guests are French, the propriety will be recognized of my making a portion of my speech in the beautiful language in order that I may be perfectly understood. I speak French with timidity, and not flowingly - except when excited. When using that language I have often noticed that I have hardly ever been mistaken for a Frenchman, except, perhaps, by horses; never, I believe, by people I had. I hoped that mere French construction - with English words - would answer, but this is not the case. I tried it at a gentleman's house in Quebec, and it would not work. The maid servant asked, "What would Monsieur?" I said, "Monsieur So-and So, is he with himself?" She did not understand that either I said. I said, "He will desolate himself when he learns that his friend American was arrived, and he not with himself to shake him at the hand." She did not even understand that; I don't know why, but she didn't and she lost her temper besides. Somebody in the rear called out, "Qui est donc la?" or words to that effect. She said, "C'est un fou," and shut the door on me. Perhaps she was right; but how did she ever find that out? for she had never seen me before till that moment. But, as I have already intimated, I will close this oration with a few sentiments in the French language I have not ornamented them, I have not burdened them with flowers or rhetoric, for, to my mind, that literature is best and most enduring which is characterized by a noble simplicity: J'ai belle bouton d'or de mon oncle, maisje n'ai pas celui du charpentier. Si vous avez le fromage du brave menuisier, c'est bon mais si vous ne l'avez pas, ne se desole pas, prenez le chapeau de drap noir de son beau frere malade Tout a l'heurel Savoir faire! Qu'est ce gue vous dit! Pate de fois gras! Revenons a nos moutons! Pardon, messieurs, pardonnez moi; essayant a parler la belle langue d'Ollen dorf strains me more than you can possibly imagine. But I mean well, and I've done the best I could." [Loud and continued laughter and applause.] 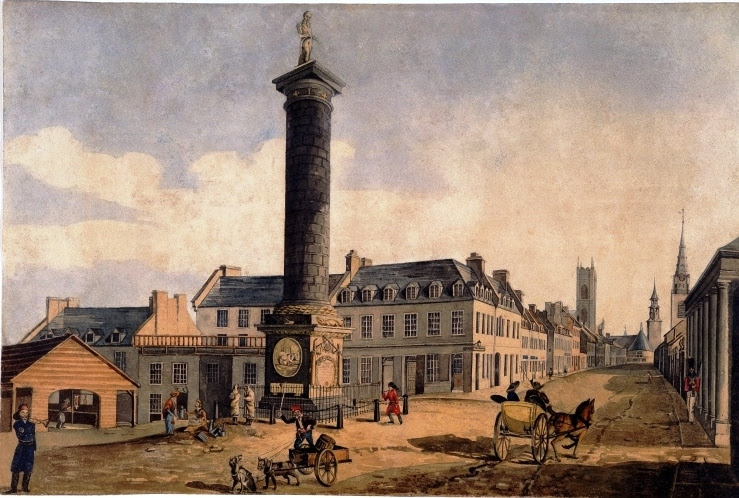