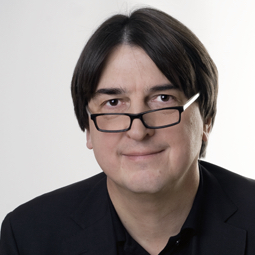 Christof Jaenicke, MD, co-founder and chief medical advisor of the Berlin-based international natural products consulting and research firm analyze & realize GmbH, died on January 4, 2017, after a brief battle with pancreatic cancer, just 22 days before his 64th birthday.
Born in Erlangen, Germany, in 1953, Jaenicke founded a publicity agency for musicians at the age of 16, and then studied marketing management and business administration at the Free University of Berlin. After graduating, he switched his course of study to human medicine, receiving a doctorate in medicine and serving as an intern pediatric surgeon at a clinic in Berlin.
Jaenicke entered the world of pharmaceuticals and worked first as the medical director at the Swiss pharmaceutical company Ciba-Geigy, which later merged with another pharmaceutical company to form Novartis, and then in various other positions at other companies, including Sterling-Winthrop, Fresenius, and the phytomedicine company Lichtwer Pharma. At Lichtwer, he met a man who would eventually become his longtime business partner and close friend, European phytomedicine expert Joerg Gruenwald, PhD. Gruenwald and Jaenicke delved into natural products, and developed one of the world’s most clinically tested garlic (Allium sativum, Amaryllidaceae) products (brand name: Kwai) and the world standard for St. John’s wort (Hypericum perforatum, Hypericaceae) phytomedicines (LI 160, brand name: Jarsin). With Gruenwald leading the clinical research and Jaenicke leading the marketing, Lichtwer’s Kwai and Jarsin became top-selling products in the German market.
After he left Lichtwer, Jaenicke opened Background Consultancy in 1992 and, together with Gruenwald, founded PhytoPharm Consulting in 1996. Over the course of his career, he and Gruenwald established or co-founded more than 20 companies in nine countries around the world.
In the late 1990s, Jaenicke contributed to The Physician’s Desk Reference [PDR] for Herbal Medicines (Medical Economics, 1998), based on the German Commission E monographs, which quickly became a popular text on the clinical applications of botanicals. He published a companion text in 1999, The PDR Family Guide to Natural Medicines and Healing Therapies. From 2003-2006, he and Gruenwald co-authored five more botanical- and phytotherapy-focused reference works.
Jaenicke and Gruenwald founded analyze & realize in 2001, and Jaenicke served first as CEO and, after 2013, as the chief medical advisor. While the company began as a consulting firm that specialized in medicinal herbal products, it eventually expanded its mission to include natural product research, functional food and food supplement development, and clinical study performance. Jaenicke’s research focused on functional foods, plant-based ingredients, such as lycopene, and the untapped potential of medicinal plants from Malaysia, Vietnam, and other countries around the globe.
Gruenwald delivered a eulogy for Jaenicke, in which he described him as “racing at high speed … always searching for new challenges and never satisfied with a status quo, his environment, and especially himself…. Christof was always a dominant, space-roving personality, full of spirits, always full of new ideas and plans.”
Thomas Hafner, with whom Jaenicke helped found InQpharm, wrote: “Christof was a true friend, a loyal colleague, a tireless fighter and believer in our cause, a brilliant mind, and a true legend in many ways. Whilst he may no longer be with us, his signature on some of our lives and our organization mean that he will stay amongst us forever” (email to J. Gruenwald, January 4, 2017).
Friends and colleagues remember Jaenicke’s charisma and natural salesmanship. “When he was selling and negotiating … he always took new arguments out of his sleeve. He simply chattered to people so hard that they gave up and agreed with him,” Gruenwald recalled in his eulogy. “But now you are gone, Christof…. I do not know yet how [we] will proceed without you.”
Christof Jaenicke is survived by his wife Susanne and his four children.