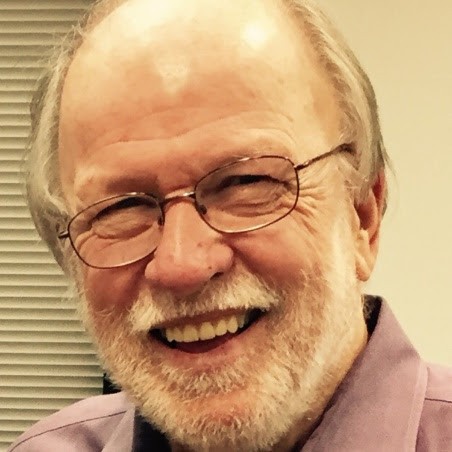 Bob Duggan, co-founder and president emeritus of the Maryland University of Integrative Health (MUIH, formerly the Tai Sophia Institute), passed away on October 5, 2016, at the age of 76. Duggan exemplified the pioneering spirit of alternative medicine and fearlessly forged his own path through his life with a deep commitment to his practice. Duggan will be remembered by his colleagues as a national leader for wellness in the United States, a devoted mentor to countless students, and an innovative instructor.
Raised in Manhattan in New York City, Duggan studied widely and earned bachelor’s degrees in philosophy and theology, as well as master’s degrees in human relations and community studies from New York University, and in moral theology from St. Joseph’s Seminary. He also received a master’s certification in acupuncture from the College of Traditional Chinese Acupuncture in the United Kingdom. Though he was ordained as a Catholic priest and served in the United States and elsewhere, he left the priesthood in the mid-1960s in order to marry his first wife, Dianne Connelly. Together, Duggan and Connelly formed the Centre for Traditional Acupuncture in Columbia, Maryland, in 1974, one of the first acupuncture clinics in the United States. He continued to practice traditional acupuncture for 44 years at his family-owned and -operated clinic, WisdomWell.
Bevin Clare, an associate professor at MUIH, described how Duggan’s philosophy helped form the mission of the university. “Bob influenced herbalists studying at MUIH (then Tai Sophia) through the realization that the work of a clinical herbalist is in fact two distinct interventions: the herbs themselves and the intervention of the practitioner in their words and practices," she wrote. "These concepts are central to many of us in our clinical work and have helped craft us into the practitioners we are today” (email, November 7, 2016).
The Centre evolved over the years into the Traditional Acupuncture Institute (TAI), which launched the United States’ second master’s program in acupuncture in 1981 and the first accredited program in 1985. TAI changed its name to the Tai Sophia Institute in 2000, and expanded its coursework to include different forms of traditional medicine, including herbal medicine, nutritional therapy, and yoga therapy. In 2013, the institute was granted university ranking from the state of Maryland and changed its name to the Maryland University of Integrative Health. (John Weeks, editor-in-chief of the Integrator blog, notes that these transformations happened “not always with [Duggan’s] best wishes.”1)
Weeks’s commentary speaks to Duggan’s sometimes controversial ideas and how those ideas shaped his relationships with other members of the integrative health community. Mentored in his youth by “maverick” priest and conventional medicine critic Ivan Illich, Duggan’s own approach to health care and wellness were often at odds with the institutions and people around him. Duggan’s longtime friend and close colleague, Georgetown University law professor Sherman Cohn, wrote: “Some of us will recall Bob’s talk to the establishment [residents] of Howard County, Maryland, condemning the upcoming expansion of a major hospital as a total waste of resources. In that talk, as elsewhere, he campaigned for dismantling the medical establishment, not expanding it. It should not be a surprise that many in the audience were in strong disagreement” (email to J. Weeks, October 21, 2016).
“That’s Bob,” Weeks responded (email, October 21, 2016).
When integrative practitioners debated the issue of licensure for acupuncturists, Duggan suggested that acupuncturists ought to be regulated by local parks and recreation departments instead of professional licensing bodies. He further differed in opinion from certain professional acupuncturists by helping create and promote the Seattle Statement in 1997, a declaration of principles that “[encouraged] collaboration between Acupuncture and Oriental medicine and other individuals and groups within and outside of organized health care systems” rather than keeping acupuncture strictly within the domain of Oriental medicine practitioners.2
The spirit of community medicine led Duggan to work extensively with lower-income communities and detention centers throughout Baltimore through Tai Sophia’s Community Health Initiative. He brought his insight, experience, and advice to thousands of people, both nationally and internationally through lectures, readings, and workshops, as well as through his two books: Common Sense for the Healing Arts (2003) and Breaking the Iron Triangle: Reducing Health-Care Costs in Corporate America (2012), both published by WisdomWell Press. Duggan served as a policy advisor and testified before the Senate Committee on Health, Education, Labor and Pensions. He was also a panelist at meetings sponsored by the National Institutes of Health (NIH) and the White House Commission on Complementary and Alternative Medicine. Duggan also served on the board of trustees of The Horizon Foundation and as a chairman for the Maryland State Board of Acupuncture. In 2009, he presented a talk at the first TEDxMidAtlantic conference.
A memorial service for Bob Duggan was held in November 2016 at Penn North Community Resource Center in Baltimore. He is survived by his wife Susan Duggan, children Jade Connelly-Duggan and Blaize Connelly-Duggan, former wife Dianne Connelly, and his grandchildren. Jade, Susan, and Dianne will continue to run WisdomWell according to Duggan’s philosophies of wellness and care.