1915 Fred W. Friendly, president of CBS News and co-creator of the documentary series See It Now, the program largely credited for bringing down Sen. Joe McCarthy. 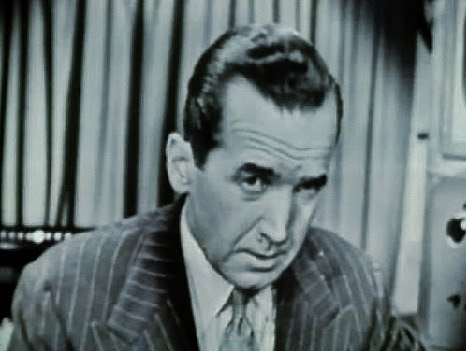 
[AUTHENTICITY CERTIFIED: Text version below transcribed directly from audio]
Last week, Senator McCarthy appeared on this program to correct any errors he might have thought we made in our report of March 9th. Since he made no reference to any statements of fact that we made, we must conclude that he found no errors of fact. He proved again that anyone who exposes him, anyone who does not share his hysterical disregard for decency and human dignity and the rights guaranteed by the Constitution, must be either a Communist or a fellow traveler.
I fully expected this treatment. The Senator added this reporter's name to a long list of individuals and institutions he has accused of serving the Communist cause. His proposition is very simple: Anyone who criticizes or opposes McCarthy's methods must be a Communist. And if that be true, there are an awful lot of Communists in this country.

For the record, let's consider briefly some of the Senator's charges. He claimed, but offered no proof, that I had been a member of the Industrial Workers of the World. That is false. I was never a member of the IWW, never applied for membership. Men that I worked with in the Pacific Northwest in western Washington in logging camps will attest that I never had any affiliation or affinity with that organization.
The Senator charged that Professor Harold Laski, a British scholar and politician, dedicated the book to me. That's true. He is dead. He was a socialist -- I am not. He was one of those civilized individuals who did not insist upon agreement with his political principles as a pre-condition for conversation or friendship. I do not agree with his political ideas. Laski, as he makes clear in the introduction, dedicated the book to me not because of political agreement but because he held my wartime broadcast from London in high regard -- and the dedication so reads.
Senator McCarthy's principal attack on me was an attack on the Institute of International Education, of which I was Assistant Director and am now a trustee, together with such people as John Foster Dulles, Milton Eisenhower, Ralph J. Dunce [phonetic], Virginia Gildersleeve, Philip Reed, to name just a few. That Institute sponsored, acted as the registering agent for summer schools in foreign countries, including England, France, and Germany, and one in the Soviet Union in 1934. It has arranged in all some 30,000 exchanges of students and professors between the United States and over 50 foreign countries.
The man primarily responsible for starting this Institute was Nicholas Murray Butler in 1919. Its work has been praised as recently as 1948 by President Eisenhower. It has been denounced by the Soviet Press and radio as a center of international propaganda for American reaction, and I have been labeled by them as a "reactionary radio commentator."
The Senator alleged that we were doing the work of the Russian Secret Police, training spies. We were in fact conducting normal cultural and educational relations with foreign nations. The Moscow summer session was cancelled in 1935 by the Russian authorities.
I believed 20 years ago and I believe today that mature Americans can engage in conversation and controversy, the clash of ideas, with Communists anywhere in the world without becoming contaminated or converted. I believe that our faith, our conviction, our determination are stronger than theirs, and that we can compete and successfully, not only in the area of bombs but in the area of ideas.
Senator McCarthy couldn't even get my relationship with CBS straight. He repeatedly referred to me as the Educational Director, a position I have not held for 17 years.

The Senator waved a copy of the Daily Worker, saying an article in it has praised me. Here is an example for what Senator McCarthy calls "praise" by William Z. Foster in the March 17 issue of The Daily Worker. Quote: "During the past 10 days, Senator McCarthy has received a number of resounding belts in the jaw. These came from Adlai Stevenson, E.R. Murrow, Senator Flanders, the Army leadership, broadcasting companies; even Eisenhower himself had to give McCarthy a slap on the wrist." That was the sole reference to me in Mr. Foster's article.
Another charge by Senator McCarthy was that Owen Lattimore mentioned me in a book. What Lattimore said in substance was that he had never met me, but that I had done a fair job of reporting his testimony; in short, that I had not presumed his guilt. Everything I said on that case is a matter of record and can be examined by anyone who is interested.
I hope to continue to present evidence developed before Congressional committees as impartially as I am able. And that specifically includes the hearings before which Senator McCarthy is shortly scheduled to appear.
I have worked for CBS for more than 19 years. The company has subscribed fully to my integrity and responsibility as a broadcaster and as a loyal American. I require no lectures from the junior Senator from Wisconsin as to the dangers or terrors of Communism. Having watched the aggressive forces at work in Western Europe, having had friends in Eastern Europe butchered and driven into exile, having broadcast from London in 1943 that the Russians were responsible for the Katyn massacre, having told the story of the Russian refusal to let allied aircraft to land on Russian fields after dropping supplies to those who rose in Warsaw and then were betrayed by the Russians, and having been denounced by the Russian radio for these reports, I cannot feel that I require instruction from the Senator on the evils of Communism.
Having searched my conscience and my files, I cannot contend that I have always been right or wise. But I have attempted to pursue the truth with some diligence and to report it, even though, as in this case, I had been warned in advance that I would be subjected to the attentions of Senator McCarthy.
We shall hope to deal with matters of more -- more vital interest for the country next week.
Good night, and good luck.
Posted by Cheryl & ethnovet at 18:29